← more from
Alien Transistor
Get fresh music recommendations delivered to your inbox every Friday. 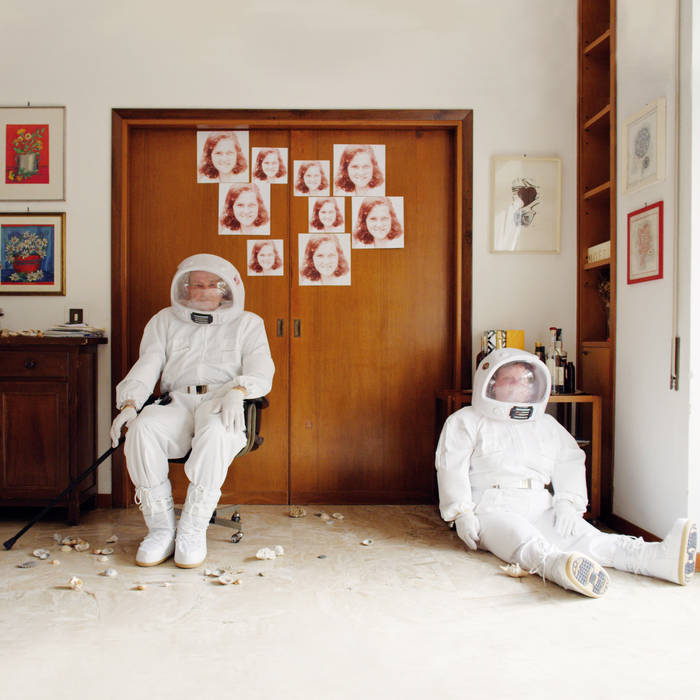 Instead of taking the short cut and roaring south from Weilheim via the Brenner Pass, Markus Acher prefers to visit and approach foreign places in a different, more cautious way: Whenever he finds the time between his collective work with The Notwist and Lali Puna, he sets out to record film soundtracks under his solo moniker Rayon. This time it's Eleonora Danco's recently released film "N-capace" that inspired 10 cinematic, instrumental sketches, which see Rayon not only heading south – but also into the past.

Based on loops that loom, take shape and change colors, only to vanish an instant later, Acher's understated tracks, comprised of both electronic and acoustic layers, can do without titles – "Collo Collana" 1-10 is perfectly sufficient – because, ultimately, they're one entity anyway: After all, it's Danco's film, influenced by Fellini, Buñuel, and Beckett, that triggered these interpretations and set the tone for his latest Rayon release.

At times clocking in at less than two minutes, the crackle of these tracks leads to a vast, shimmering expanse over barely audible layers of bass: It is here, on this clearing, that Acher, alone with his headphones, combines various acoustic instruments (mallets, harmonium, glockenspiel, guitar, piano) with samples, keys, and drum computers; it is here that he meets some old acquaintances (Egisto Macchi, Bruno Nicolai, Ennio Morricone, Oronzo de Filippi) or reverses an idea so that it can slip where it belongs; here, on this glade, he even unleashes a few beats à la anticon., but instead of adding rhymes, his entire soundtrack is a purely instrumental, pastoral landscape of epic proportions.

Whereas Eleonora Danco eventually released her latest movie as "N-capace" Acher sticks to its working title, "Il Collo e la Collana" and his "collar" not only includes music that's not part of the original movie, but it also traces what he's been stringing together over the past two, three decades in music: warm, soothing harmonies, melancholy moods, intentional cracks, the kind of freedom usually associated with jazz. Just like the movie, which Acher describes as "poetic and surreal at times" his latest release as Rayon – a side project he's been working on for 20 years – feels like an album of snaps: experimental, shot from unexpected angles, and often "beautifully strange" (which happens to be the common thread that links all Alien Transistor releases).

Markus Acher of The Notwist

Bandcamp Daily  your guide to the world of Bandcamp

Little Brother joins the show to discuss their beautiful journey, plus tunes from Fat Tony